All payments are managed securely through Donorbox and we will never have or retain your credit card information. If you would rather contribute off-line or are interested in a planned giving program, please contact Nandini Sinha, Chief Innovation Officer, at 414.410.3203.
Donate 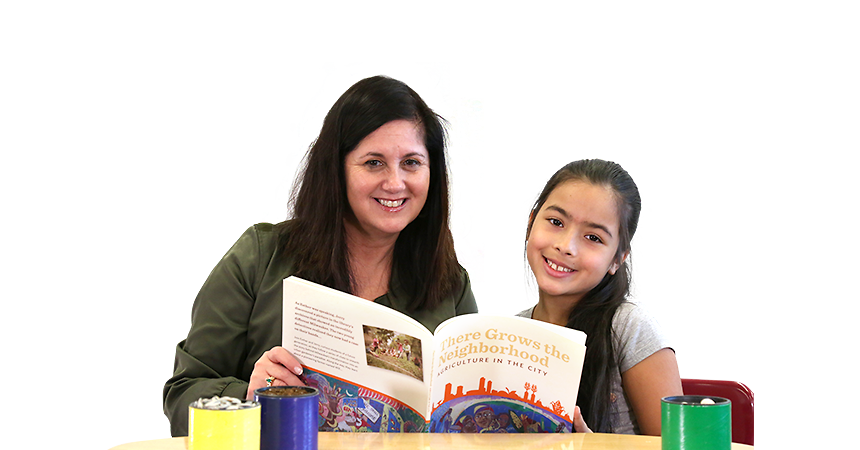 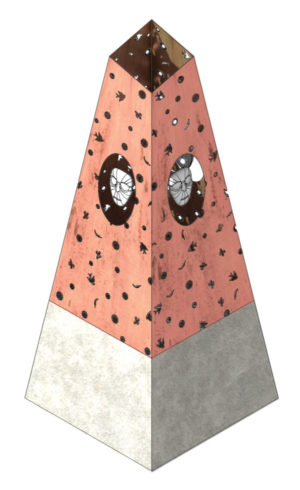 This article originally appeared in the August 14, 2019 edition of the Waukesha Freeman.

There are murals and markers celebrating the city’s springs era, monuments at Cutler Park that pay tribute to settler Morris Cutler and the city’s Spanish and Civil War heroes, and an entire downtown plaza is devoted to the area’s most vocal woman’s suffrage advocate. Now a group of school children and Mexican American artist Alberto Villalobos are working with SHARP Literacy on a proposed public sculpture marking the contributions of the city’s Latino community.

A rendering from Milwaukee-based architecture and design firm, Design Fugitives, illustrates what the proposed Caras de Waukesha (Faces of Waukesha) sculpture will look like. Designed to celebrate the contributions of the city’s Latino community, the artwork has been approved by the city’s Public Art Committee and is slated to be located in either Cutler or Frame park.

Dubbed Caras de Waukesha or Faces of Waukesha the sculpture will use a series of ceramic masks to celebrate the Latino immigrant experience here, with each mask representing a separate generation of immigrants.

The masks will be displayed via a four-sided totem-like sculpture designed by Villalobos and Waukesha native Paul Mattek, founder of Milwaukee-based firm Design Fugitives.

The sculpture itself is slated to be roughly 7 feet tall, including a concrete base and will be fabricated out of laser-cut steel panels. The panels will feature various cutouts as proposed by the students.

The work will also include a companion website where the stories of the immigrants and their families will be shared.

The project, which has already received backing from the city’s Public Art Committee, is coming to fruition thanks to SHARP Literacy. The Milwaukee-based nonprofit recently worked with third-grade students in five Waukesha schools on a book called Discover Waukesha. As part of the project, the students and author Pilar Melero, who grew up in Waukesha, wanted to do an art project showcasing the city’s Latino community.

“(Pilar) was like, ‘I think it is time that we have something that recognizes that we are here, and we are a part of this community,’” explained Meagan Van Ahn, arts and innovation specialist with SHARP Literacy.

About 12.5 percent of Waukesha’s residents are of Hispanic or Latino origin, and many can track their family’s connection to area back to the 1920s or 30s.

Among the third-graders who worked on the book were students from the bilingual Banting Elementary and La Casa de Esperanza.

“When we do book projects we try to do a public art project,” Van Ahn said. “Typically those projects have been mosaics that the students have worked on with an artist, but for this new book we wanted to do something different and special, so we sent out a proposal to do something sculptural. We knew we wanted it to be somewhere where the public could interact with it and somehow connect it to this theme of ‘Discover Waukesha.’” As part of the art projects, students will work with Villalobos and an educator from SHARP Literacy to create their own cara/face tiles out of clay, which will then be installed on panels inside their school.

Now that the Public Art Committee has approved the project, the proposal for the sculpture itself moves on to the city’s Parks, Recreation and Forestry Board, which will decide which park would be the best home for the artwork.

While Cutler Park was originally proposed as a possible location, Frame Park could also be an option, Van Ahn said.

SHARP is grateful to the Greater Milwaukee Foundation’s Mary L. Nohl Fund and the Wisconsin Arts Board with funds from the State of Wisconsin and the National Endowment for the Arts for their support of this project.

Unwrapped To Go on FOX6 News

Board of Directors member and McDonald’s owner-operator Marshall Chay interviewed with FOX6 News to talk all things Unwrapped To Go! ...